“The early years are the most important developmental years of a child’s life. My husband and I wanted, not only our children, but other children in the area to have a solid academic foundation in order to build strong skills for future academic development”

The Edison Early Learning Center expanded in 2015 to include private kindergarten. The addition of this program now gives parents an option to support the educational philosophy of small learning environments. During this school year, the center also gained certification from The Pennsylvania Department of Education as a Private Academic School. The certification stresses the importance of state-certified teachers, state-aligned curriculum, and evaluation of the students in the program. 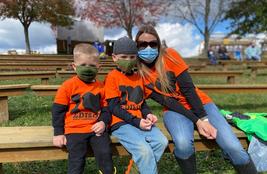 The first few years were successful, Keith and Dawn decided to expand the location. They bought and remodel the current Carbondale center, located on Pike Street. The 6,000 square foot building, which houses eight classrooms, was always the vision of the couple from the beginning. It took five years of support from the Edison families to allow the couple to open the current center. Their philosophy of early childhood education, the importance of academic preschool programs, and the stress on strong early childhood educators were indeed what the parents of the area had been seeking for their children.

The Edison Early Learning Center opened its doors to about twenty-five little ones ages 0-4 years, on September 4, 2007. The first center was located on Brooklyn Street (rt.6) in Carbondale, Pennsylvania. Dawn and Keith Toolan created the early learning center after moving back to their hometown from Connecticut, where they both taught for several years. Once their second child was born, they knew the area was in need of an academic early childhood facility in which parents could trust in professional teachers to prepare their little ones for a lifetime of learning. 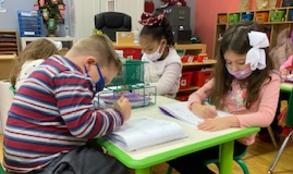